Did you know there are more than 3,000 species of mosquitoes in the world?  Most of us just know that the mosquitoes are a nuisance or disease vector and do not think that there are thousand...some can vector disease while others do not.

There are so many different species, that scientists and taxonomists conflict the numbers.  However, there are approximately 200 species in the United States.

In Washington State, we can narrow the number more specifically to 52 species identified as of 2019.  We have it narrowed down to those 52 species do to surveys being conducted over time.

In Pacific County, we have identified 19 species.

With all of these species identified, we can narrow down the most pestiferous mosquito in South Bend as being the Aedes dorsalis (the Summer Salt Marsh Mosquito).  What is significant about the Ae. dorsalis?  Well, its primary habitat is tidal flooded areas...yep, the fields across the river that flood are ideal for them.  But they can also fly 10-30 miles!  So, think of all the flooded areas within 30 miles of South Bend?  Also, while in many areas they are isolated to salt marsh or flooded fields, we find them in all containers that fill with water.  Yes, tires, buckets, old pool, rain gutters, etc... 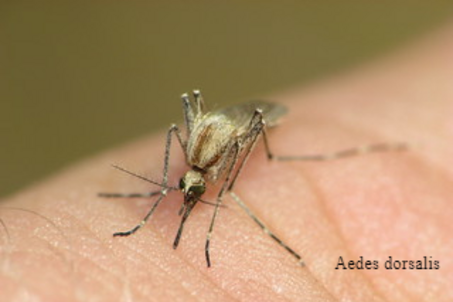